Svetlana Tikhanovskaya called to support the mothers of political prisoners and take part in "A Country to Live in" fund action.

Svetlana Tikhanovskaya: “By the beginning of this school year, we called for help to get the children to school because they were left without parents - their relatives were arrested. But many parents were also left without their children at large. There are thousands of sons and daughters behind bars whose mothers worry and miss them. Mother's Day is coming soon - and we have a reason to support the mothers of our heroes.

We can support Zhanna, the mother of political prisoner Artem Khvaschevsky, to whom her 31-year-old son says at rare meetings: “Mom, I can handle it. The main thing is not to cry. "

We can support Olga, the mother of 21-year-old political prisoner Dima Gopta, who ended up behind bars with mild mental retardation.

We can support Tatiana, the mother of the 28-year-old political prisoner Sasha Frantsuzov. She left her job and became a lawyer to see her son more often and defend him in “court.”

We can support all mothers whose lives now consist of transfers to prison, letters, and the hope of seeing their children. Any gesture of support is important, even if it is a bouquet.

Take part in the "A Country to Live in" fund action and pay for a bouquet on the Fund's website. You can choose:
It is in the power of each of us to give these strong women at least a little bit of warmth, which they are deprived of. "
SHARE: 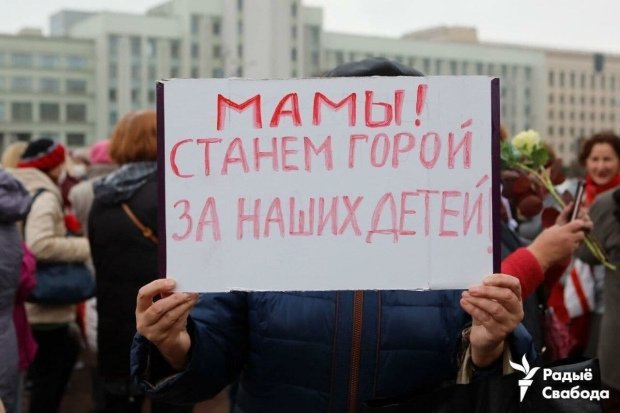