This week, Belarus, Svetlana Tikhanovskaya, answered the questions of the Belarusians live this week. We bring to your attention the answers to some questions.

A plan to win. But, since almost all democratic forces are abroad, there is no wide field for action as in Belarus. On the other hand, if we were in Belarus, I would definitely be in prison. But I am here. And in this place, I can mobilize international partners, influence the agenda, make statements, and communicate with other countries' leaders. We also help to form structures within Belarus - this is a request of the Belarusians, and we are just a kind of a link between activists because you need to be careful. We also continue to establish relations with government officials in complete secrecy.

It is terrifying to go out to a peaceful protest. What to do?

It is necessary to continue to get involved in various initiatives that people themselves come up with. To do it secretly, clandestinely, using partisan methods. Unfortunately, this has to be done in the absence of any legality in our country. You need to vote on the Voice platform. Supporting the initiative to boycott products - this will help worsen the financial situation of the regime's wallets, first of all. Leave pro-government trade unions and join independent ones. Whenever possible, do large or small street actions. To show with symbolism that there are many of us, we are here - this returns to us the feeling of unity, which we all need. Writing letters to political prisoners is very important because they are told that everyone has forgotten about them and stopped fighting, letting them know that this is true. Help the families of political prisoners and those detained for political reasons. Nobody condemns or demands from people to do what they cannot. But every small step from those who are now in Belarus is worth a lot.

How often do you communicate with your husband?

Through lawyers. We can send some messages, exchange letters, and receive feedback. Once or twice a week, it turns out.

First, you need to come to negotiations. And for them to begin, it is necessary to increase the pressure on the regime. There is always a stage of dialogue or expert consultation before negotiations. This is why our international friends are now looking for negotiable representatives of the regime because Lukashenko is not negotiable. When we talk about negotiations, nobody means Lukashenko. We need to look for people who understand that the country needs to be taken out of the crisis and not left behind a scorched field. We need strong intermediaries. The regime does not agree to direct negotiations with the Belarusian community. Therefore, we are looking for an outlet for international structures so that they can act as mediators. But the dialogue should be between the regime and the Belarusian community, and not the European Union - that's the only way. But for the agreements to be reached at the talks to be implemented later, we need guarantees. We have been deceived many times already. And the giant countries - Germany, France, the USA, Russia - can provide us with guarantees of the agreements' fulfillment. But let me remind you that the main condition, without which there will be no negotiations, is the release of political prisoners.

And if there are no negotiations, what is your plan? What do you mean will not be?

We are doing everything to ensure that they take place. We do not stop putting pressure on the regime. Remember the words of Masha Kolesnikova. We must not give up. No matter how the course of events turns, we will not step over the stage of negotiations. If the regime plays some game and puts some other person instead of the illegitimate president, Belarusians will not agree. Everything needs to be discussed with the Belarusians to feel comfortable that some person is ruling their country for a short period because new elections are inevitable anyway. There will be negotiations!

When will you get tougher?

I had to learn to get tougher because I am a very gentle and kind person by nature. When Sergey said that I should be tougher, he meant harshness in rhetoric. I'm talking about international politics. If earlier you ask: "Please pay attention, we feel bad," but now you demand it. Because this is a challenge not only for Belarusians but also for you - defend the values ​​that you promote - human rights, dignity, the right to choose, the right to vote. Nobody asks you to interfere in domestic politics because Belarusians should do it. But stand up for your values. This is where I see the rigidity.

Are you ready to forgive the security officials if they arrest Lukashenko, but at the same time, they are covered in blood? And what do you think? Are Belarusians ready to forgive?

So many conditions! We must ask this question to the Belarusians. This is such a dividing question from the category of those for which there is no single answer. There are many "buts," many conditions. The Constitutional Court has a concept of national reconciliation. It also speaks of forgiveness. But you cannot forgive people who have committed grave and especially grave crimes. They still have to face a fair trial. And the condition formulated in the question is a special case, I would say.

What if we don't win in spring or summer?

Guys, I always say that we have already won. They are just forced to defend their victory now. We conquered our fear, lack of self-confidence. We realized that we are responsible for our country, that we no longer trust this person who is holding power by force. Yes, we now have to defend this victory, but we will definitely defend it. The only question is how quickly and how many victims the regime is ready to bring to stay in the chair. 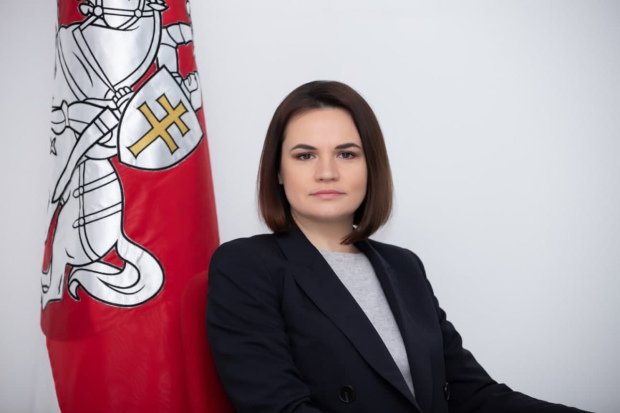