On July 16, 2020, a significant event for our country took place. The headquarters of the main candidates for President of Belarus united - Viktor Babariko, Sergey Tikhanovsky, and Valery Tsepkalo.

For the first time, opposition candidates have come out as a united front against lukashenka. It is symbolic that women - Svetlana Tikhanovskaya, Maria Kolesnikova, and Veronika Tsepkalo - acted in the role of unifiers then, who managed to agree on the further course of the campaign literally within 15 minutes.

Today Svetlana Tikhanovskaya and Veronika Tsepkalo continue to fight for freedom. Maria Kolesnikova, unfortunately, is in captivity. Like many other women political prisoners. Some of them left their parents and husbands free, others also children.

Svetlana Tikhanovskaya announced July 16 as the Day of Solidarity with Belarusian Women.

“The whole world admires them {Belarusian women political prisoners}. He also admires all Belarusians, who in August began to appear in white clothes and with flowers - against the endless violence that Belarusians have suffered.

Prisons under the lukashenka regime are branches of hell on earth. Much has been written about the inhuman conditions of detention - overcrowding of cells, a "special" attitude towards "political" ones, who are forced to sleep on bare bunks without mattresses and blankets, sent to solitary confinement for the slightest offense.

Women political prisoners also suffer from all this lawlessness. Physical torture is also added to the moral. They worry about their old parents. Little children left without loving mothers. And yet, they continue to fight and do not give up, even in prisons.

If political prisoners do not give up and believe in victory, then we, those who are at large, should not despair either. None of us should stay on the sidelines, forget about the ongoing atrocities of the regime, “turn the page.”

Do everything in your power to free Belarus from the shackles of the dictatorial regime. Also, please write letters to political prisoners, support them and their family members financially. 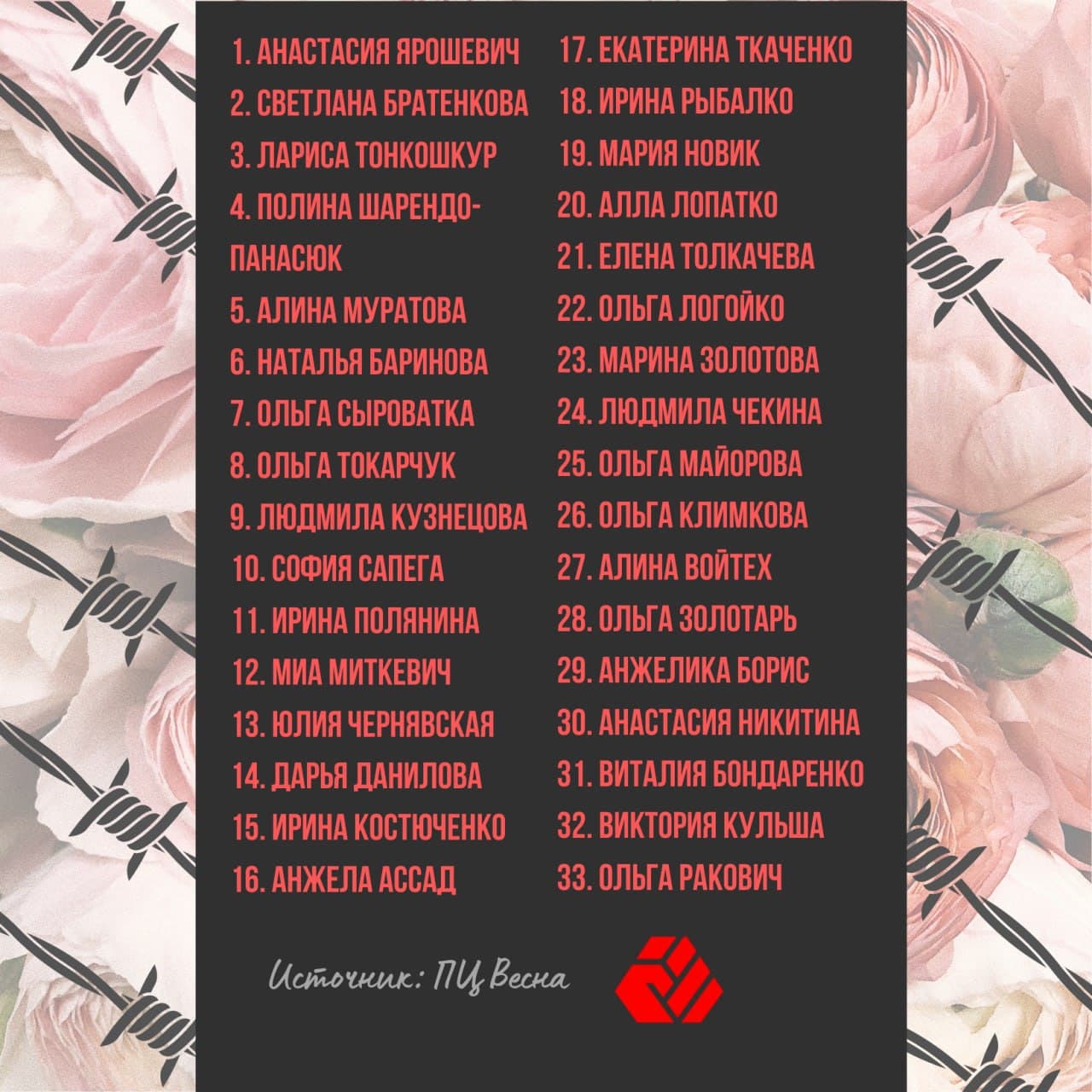 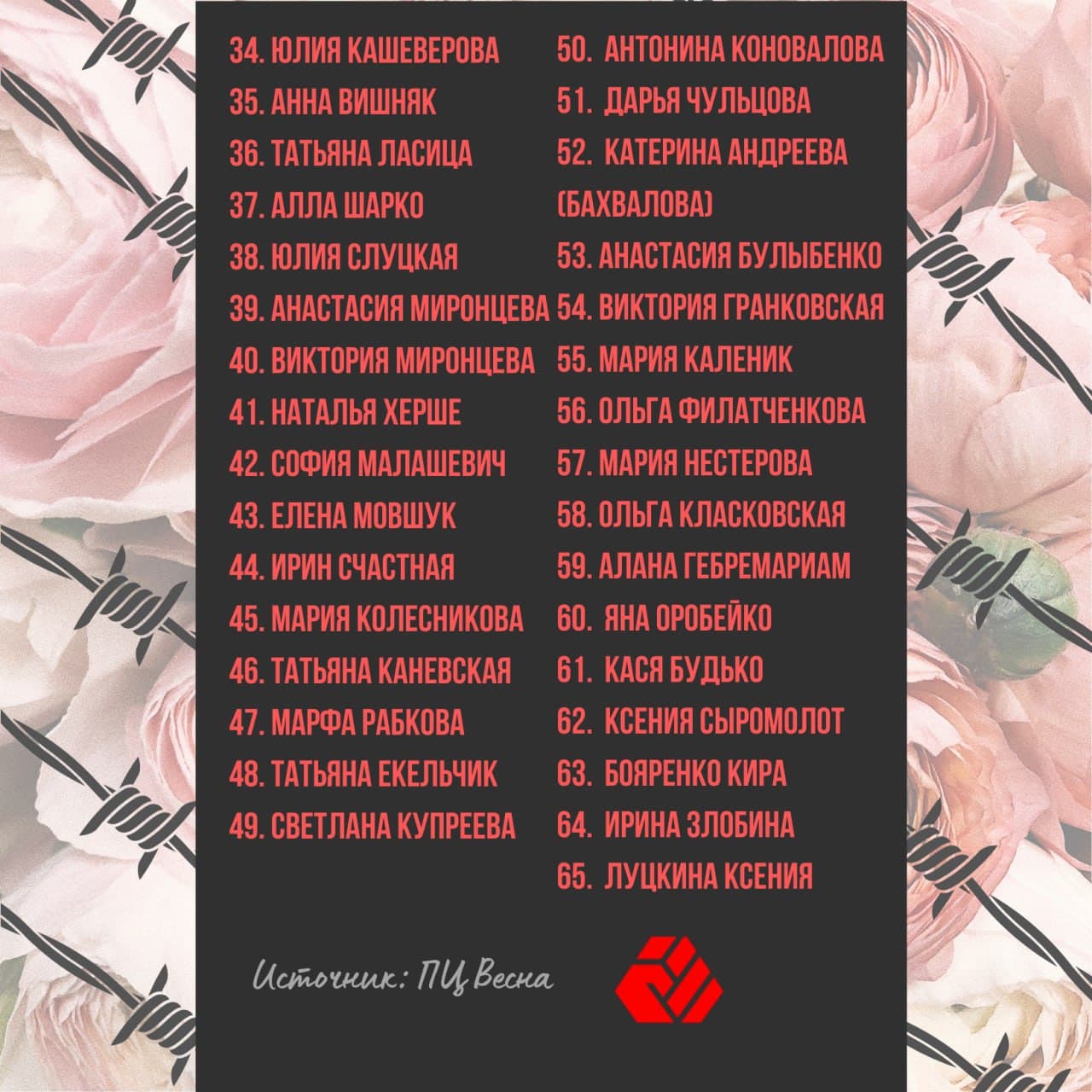 Pay for the transfer to the political prisoner here. 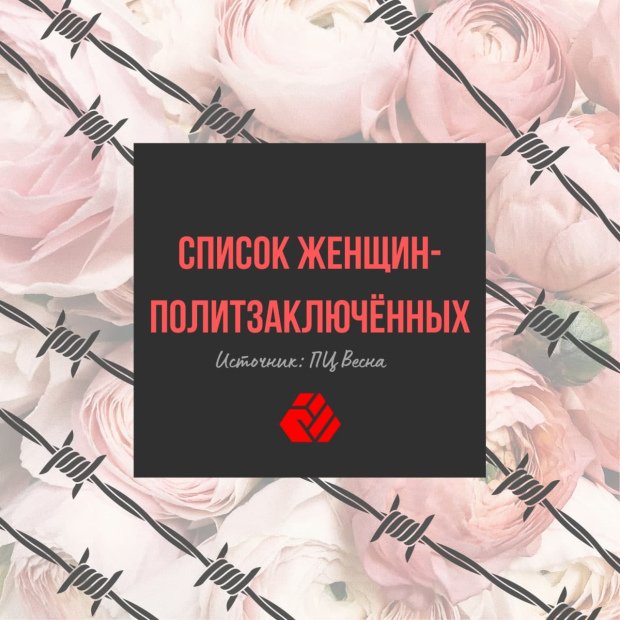