The elected leader of Belarus congratulated Catholics and Protestants on Easter: “They seem to want to assure us that there will be no freedom and no holiday, that there will be no justice, but only strength. But we are inspired repeatedly by those who are having the hardest time now - especially our friends in prisons and the courts. People like Mikola Statkevich, Siarhei Tsikhanouski, or Katsyaryna Andreeva show that the truth cannot be on the side of those who abuse power. They do not lose hope of victory."

Also this week, Svetlana Tikhanovskaya summed up the results of the first stage of preparation for the negotiations and announced the second stage of work: “In less than two weeks we have collected more than 760,000 votes for a peaceful resolution of the crisis through negotiations. We got our voice back - and everyone heard it. The USA and Germany, Norway and Lithuania, Slovenia and Finland, Sweden and Austria supported us. The OSCE Parliamentary Assembly, the US and the EU have issued statements that they will help us in organizing the dialogue. International partners tell us that the demand for negotiations shows the maturity of Belarusians as a nation - after all, this is a willingness to recognize the crisis and solve it in a non-violent way. This makes us different from the regime, which destroyed all contacts and connections and forgot all languages ​​except the language of violence. But he also heard our voice. This is noticeable in attempts to turn off the Internet, block sites, invent fake mailings and even terrorist attacks. But we will not stop - no matter how many obstacles and empty accusations they may come up with ... The second area of ​​work is the preparation and organization of negotiations. "

Our task for the coming weeks is to work out an answer to two main questions:

Question # 1: What will be the platform and format of the negotiations?

Question # 2: What will be the parties to the negotiations?

Svetlana Tikhanovskaya appealed to international leaders for the support of the Coordination Council: “Today, together with Svetlana Aleksievich and 55 members of the main composition of the Coordination Council, I sent a letter to international organizations and structures, including the UN, OSCE, European Parliament, US State Department and the Council of Europe, with an appeal to speak out in support of the COP. Since its inception, the members of the Constitutional Court have been subjected to pressure and repression, many of its leaders are in prison or are forced to stay outside Belarus, which means they cannot vote when making decisions. And in recent weeks, the regime has begun to introduce new "laws" with which it tries to justify massive repression. Criminal cases are brought up against members of the Constitutional Court, accused of extremism and terrorism. This has nothing to do with the work we are doing. All we want is a peaceful solution to the political crisis in Belarus. This is what Belarusians voted for in the August 9 presidential elections. And it is for this that more than 760,000 Belarusians voted on the Golos platform. Therefore, I, Svetlana Tikhanovskaya, the leader elected by the Belarusian people, call on the international community to support the Coordination Council. I created the Constitutional Court for peace negotiations, and all this time it has been acting exclusively in the legal field. Therefore, I insist that the repression against its members must be completely stopped."
SHARE: 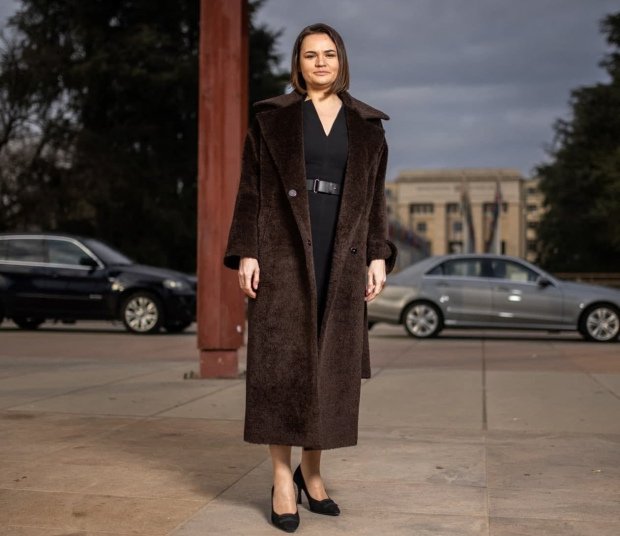