Sviatlana Tsikhanouskaya addressed Belarusians on the occasion of Independence Day.

“Dear Belarusians! Today is an important day for us: on August 25, 1991, the Supreme Soviet of Belarus gave the Declaration of State Sovereignty the status of constitutional law, which meant the declaration of the country's independence. Therefore, this day should have been festive and joyful in Belarus - but we celebrate the anniversary of Independence under the threat of its loss in an atmosphere of repression.

Thousands of patriots of our country paid with their own destiny for the dream of seeing it independent - in the Stalinist Gulag, in Kurapaty, in street protests, and now in prison. But for all of us, they are an example of the struggle for the betterment of our people. We should remember our whole history so that random people in power do not have the opportunity to rewrite it.

While other Eastern European countries strengthened their statehood, followed the path of reforms, and create good living conditions for the people, the former president of Belarus sought to stop the course of history, to use the benefits of independence only to consolidate his power.

In August 2020, hundreds of thousands of Belarusians took to the streets of towns and villages in Belarus and hoisted the same white-red-white flag under which independence was proclaimed in 1918 and restored in 1991. And this desire for freedom, for freedom in our souls, will not be destroyed by any repression. After all, the fate of Belarus depends on how much each of us will feel responsible for our country. Therefore, join the initiatives that help the protest and Belarusians, write letters to political prisoners, protect our language and national symbols.

Today I congratulate you, dear Belarusians, with the belief that our homeland will be free and prosperous. And most importantly - that it will retain its independence. 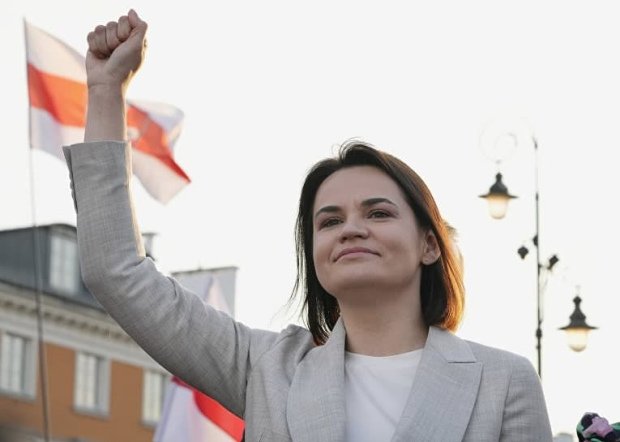