Economic Forum was held in the Polish Karpacz

Within the framework of the Economic Forum, about 200 panel discussions, meetings, and lectures took place. About 3 thousand guests from Poland and other countries gathered in Karpacz to participate in the event: politicians, economists, experts, heads of leading companies, journalists.


The forum was attended by Svetlana Tikhanovskaya and her team.

The People's Elected Leader of Belarus presented a vision of the development of the situation in our country and future reforms. She held talks with chief economists in Europe and representatives of investment banks and international organizations.


The Belarusian leader also met with leaders of the Constitutional Court, NAU, and other democratic forces to discuss constitutional reform and a joint response to Lukashenka's attempts to bargain in Belarus' independence.

Svetlana Tikhanovskaya also addressed the leaders of Europe: “Trade in political prisoners should not be allowed, as it was in 2010-2011. No deals with Lukashenka. Rely on morality. Rely on your values.

Our team and Pavel Latushko's teamwork at the international level because it is necessary to keep Belarus on the agenda. I understand that there are many other problems in the world, but Belarus is here, next to you.

And the regime is becoming a threat not only to us but also to you. Take this into account. And be brave - the same as Belarusians ”.
SHARE: 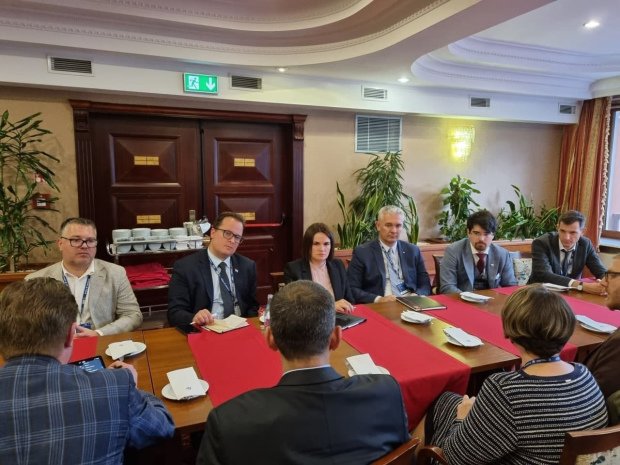